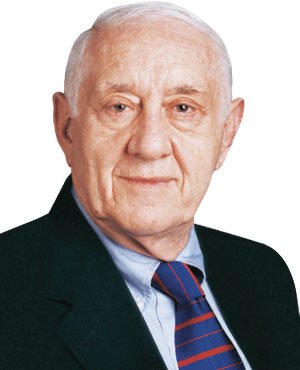 David R. Thalenfeld, known as “Bud” to family and friends, was a hardworking businessman, devoted family man, and the founder and inspirational leader of Trion Industries. His early business career included running a chain of 5 & dime stores in the New York City region, where he developed his concepts that led to the foundation of Trion Industries in 1965. Formed with two other partners, David eventually bought them out and relocated to Wilkes-Barre PA, where he taught his son John the family business. David was a board member and treasurer of POPAI (Point of Purchase Advertising International) and a founding member of WiFAB (The Wire Fabricators Manufacturers Association), which evolved into the present day PDMF Permanent Display Manufacturers Forum. He was inducted into the POPAI Hall of Fame and held over 88 patents for display innovations.

David served in the U.S. Army Air Corps 11th Bomb Squadron in China during the Second World War, then he attended classes at New School University. His favorite story (and something that is hung up around the Trion offices and factory) is at a business conference, when asked what he wanted to do, his immediate answer was, “I want to have the best factory in the world making what we make and I want to have a lot of fun creating it.” 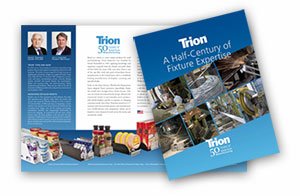 Celebrating A Half-Century of Fixture Expertise